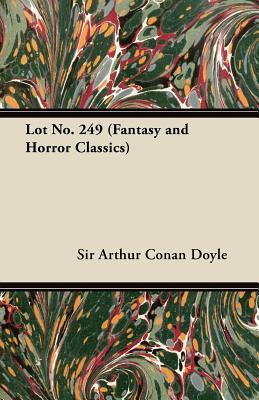 Synopsis from Goodreads
The story tells of an Oxford college student who, through the use of Egyptian magic, manages to reanimate an ancient Egyptian mummy.

My Thoughts
This is another mummy story from Doyle. Earlier this week I reviewed The Ring of Thoth by Doyle. It is also a story involving a mummy, but was much more a tragic romance than anything scary. In Lot No. 249 we definitely have a scary mummy! This story is gothic horror for sure! As a lover of all things gothic, I am personally surprised I haven’t come across this short story before. I am even more surprised that this story has slipped past me all these years when I realized how influential it was for future mummy books and movies. I will discuss its influence below.

As I say with all of my short stories, if you don’t want to take the chance of discovering plot details from my review, please read the short story first. You can click here to read the story online. Here are my pros and cons for Lot No. 249: 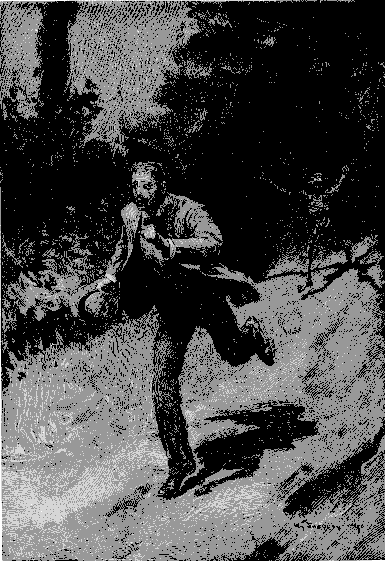 It moved in the shadow of the hedge, silently and furtively, a dark, crouching figure, dimly visible against the black background. Even as he gazed back at it, it had lessened its distance by twenty paces, and was fast closing upon him. Out of the darkness he had a glimpse of a scraggy neck, and of two eyes that will ever haunt him in his dreams. He turned, and with a cry of terror he ran for his life up the avenue.

But the wisdom of men is small, and the ways of nature are strange, and who shall put a bound to the dark things which may be found by those who seek for them?

Summary
Victorian England was obsessed with Egyptology and this story obviously did very well upon its publication. The story, combined with the incredible illustrations, must have given any number of people nightmares for sure! I’m not sure this is as scary today as it likely was in 1892, but as a lover of Gothic fiction, I think it is a gem. And even though I wanted a little more from the ending, I still think it was a 5-star read!